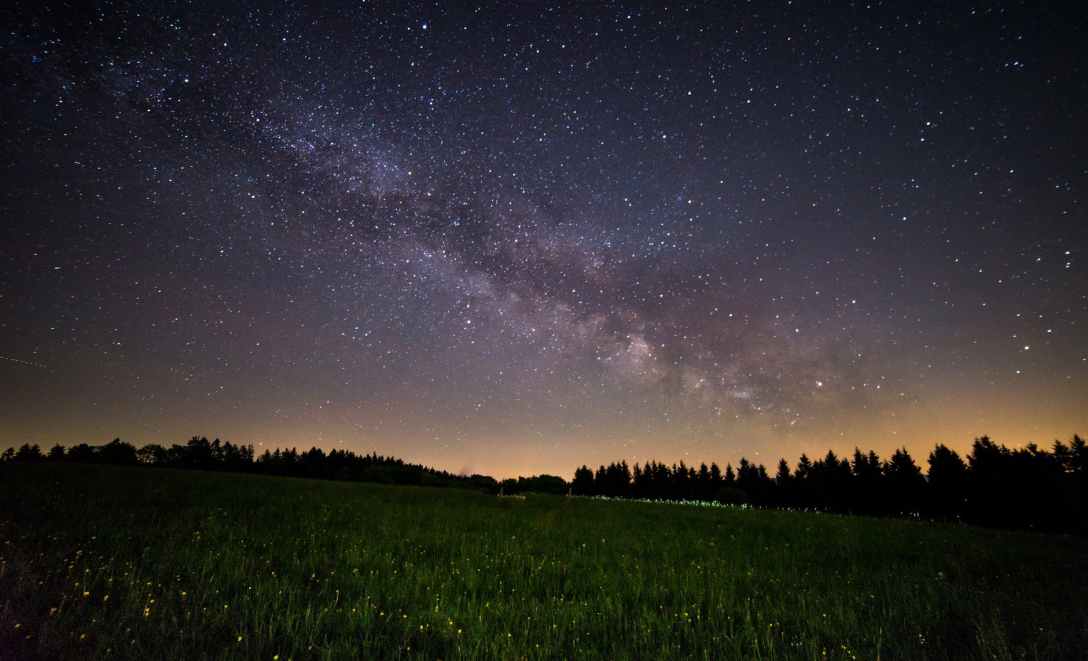 One of the things I have been considering over the last few months is the matter of how I, and the people I engage with, might be more systematic about disentangling ourselves from the dominant ideology that has enabled the oppression of people and destruction of nature. That ideology is reproduced by our habits of thought, six of which I believe are key, and give rise to the acronym I use to describe that ideology: e-s-c-a-p-e. As I described in my blog on that destructive ideology, those habits of thought arise from our sense of separation and the anxieties that it causes.

So how do we disentangle from it?

Recognizing that this ideology exists and has been involved in enabling and spreading the attitudes and behaviours that have caused irreparable damage to life on Earth, as well as our own species’ experience of life and future potential is a useful start! So, if you haven’t read it already, I recommend looking at my blog on the topic, before reading further.

Then, to help us all move beyond being stuck in the mere recognition of e-s-c-a-p-e ideology, I am curious about the possibility for a simple guide to the habits or qualities of mind that are the opposite of the habits of e-s-c-a-p-e. To stimulate reflection on that, I have developed a provisional guide, which I call the c-o-s-m-o-s remedy to the destructive ideology of e-s-c-a-p-e.  I will describe it in this blog as I am interested in getting feedback on the ideas I have distilled into it. Perhaps it will work for you, perhaps not. And perhaps you will know of better ideas for framing the alternatives to reproducing destructive ideology. I only recommend you read further if you are interested in intellectual frameworks for exploring deeper philosophical questions about why we got into the massive global mess we are in and what to do about it.

I will outline the c-o-s-m-o-s framework by using simple statements of the perspective and how it is an opposite of the relevant element of the ideology of e-s-c-a-p-e. The c-o-s-m-o-s remedy is something I have only recently begun to use to support the design of my courses, the way I analyse and write, and the way I am in the world, so I have no  ‘road testing’ or impacts to report on as yet. Which means I would be interested to hear feedback on the framework from anyone involved in formal or informal education or community dialogue that aims to counter any form of prejudice or oppression (the philosophy discussion group in the DA Forum is a useful place to engage with others on that feedback).

I will introduce and explain the c-o-s-m-o-s framework by juxtaposing it with the elements of e-s-c-a-p-e ideology that I hope it guides us away from.

Compassion, in this context, involves sensing that “I feel an active responsibility for any of my contribution to your suffering, without expecting to feel right, better, or worse.”

Openness wishes “I will keep returning to be curious about as much as I can, however unnerving.”

Whereas the habit of Control involves thinking “I will try to impose on you and everything, including myself, so I feel safer…”

Serenity involves allowing the feeling that “I appreciate the dignity of you, myself and all life, however disturbing situations might seem.”

Whereas the habit of Autonomy involves thinking and feeling “I must be completely separate in my mind and being, because otherwise I would not exist…”

Mutuality involves remembering “as this world has produced me and societies have shaped me, I will question all my understandings and ways of relating with others.”

Whereas the habit of Progress involves thinking and feeling “the future must contain a legacy from me, or make sense to me now, because if not, then when I die, I would die even more…”

Oneness awareness involves sensing “what is important is how I live more lovingly right here and now, without needing to believe that I matter or am improving.”

Solidarity involves acting from the part of you that knows “our common sadness and frustration arises from our mutual love for all life and motivates us towards fairness, justice and healing.”

In choosing c-o-s-m-o-s as the acronym, I do not mean to invoke the image of a cosmos ‘out there’ in space. Rather, the c-o-s-m-o-s is everything, everywhere, everywhen. Experiencing oneself as an aspect of the cosmos may be both blissful and painful, as all that we consider good and bad, pain and pleasure, is within the cosmos.

I recognise that I am a white middle-class middle-aged Western man with an elite education. Although I have learned from a number of female scholars, activists and professionals working on anti-racism, anti-patriarchy and decolonization, who are Black, Indigenous and People of Colour (BIPOC), anything I suggest about a better way of thinking as we face collapse is influenced by my experience of life as someone inhabiting a privileged identity. Therefore, my ideas may be affected by e-s-c-a-p-e in ways I do not yet recognise. Therefore, in addition to my offer of c-o-s-m-o-s, it will be useful to consider others’ ideas about how to move beyond e-s-c-a-p-e (or beyond however you understand the causes of our predicament). In particular, I encourage the consideration of the advice and tools from the people at the Gesturing Towards Decolonial Futures (GTDF) collective. They have suggested guidance for reducing the habits of damaging ideologies – guidance which they call c-o-m-p-o-s-t.

In developing their c-o-m-p-o-s-t guidance, they drew on insights from how social activists, including people working on climate, including themselves, can exhibit the habits of the ideology. Therefore, their model may speak powerfully, and uncomfortably, to people involved in any social or environmental activism or policy work. In opposition to Entitlement, C is the Capacity for holding space for painful and difficult things without feeling irritated, overwhelmed, immobilized or wanting to be coddled or rescue; while O is Owning up to one’s complicity and implication in harm (the harms of violence and unsustainability required to create and maintain “the world as we know it” with the pleasures, certainties and securities that we enjoy). In opposition to Surety, M is the Maturity to face and work on individual and collective shit rather than denying or dumping shit onto others, or spreading it around (their terminology, not mine, though I am not criticising!). Instead of Control and Progress, P is the Pause of narcissistic, hedonistic and “fixing” compulsions in order to identify, interrupt and dis-invest from harmful desires, entitlements, projections, fantasies and idealizations. In opposition to Autonomy, another O is the Othering of our self-images and self-narratives in order to encounter the “self beyond the self”, including the beautiful, the ugly, the broken and the fucked up in everything/everyone (again, the words of GTDF). In opposition to Exceptionalism, S is the Stamina and sobriety to show up differently and do what is needed rather than what is pleasurable, easy, comfortable, consumable and/or convenient; while T is a Turning towards unlimited responsibility with humility, compassion, serenity, openness, solidarity, mutuality and without investments in purity, protagonism, progress and popularity. Further insights from the GTDF are provided in an article published in OpenDemocracy.

I intend the suggestion of a c-o-s-m-o-s remedy to be aligned with anti-oppression efforts, whether people understand and pursue that in terms of anti-patriarchy, anti-imperialism, anti-racism, or decolonisation. In addition, I hope that it is clear that anti-oppression efforts are best pursued in a reflexive way, where we recognise how we are all oppressed and oppressing, even when choosing to be engaged for change. Therefore, I think the concept of co-liberation could be useful for future work on deep adaptation to climate chaos. For me, co-liberation describes an aspiration towards co-freeing each other from systems that differentially oppress all people within both dominant and marginalised groups in societies. Therefore, it includes co-creating our co-freedom with people in communities that seek to avoid systematic oppression. As such, the notion of co-liberation does not emphasise the individual’s autonomy, which would be falling back into one of the patterns of e-s-c-a-p-e ideology. Instead, only co-freeing is possible, which is the ongoing process of challenging and reducing oppressions of all kinds and at all scales.

If you are interested in philosophies about modernity and post modernity, then you might be wondering how these frameworks relate to those concepts, as well as the literature and debates on them. Although the modern era reinforces e-s-c-a-p-e ideology, this c-o-s-m-o-s remedy is not ‘anti-modern’ by completely rejecting modernity. I think that there will be some thoughts and feelings within each of the elements of the e-s-c-a-p-e paradigm that are useful and could remain useful. The problem is the unthinking allegiance and adherence to these elements, along with the enforced spreading of these elements through systems of economics, politics, education and cultural artifact. Rather than being anti-modern, my deconstruction of the ideology of e-s-c-a-p-e and an era of incarcerating ourselves and all life has some resonance with radical postmodernism, which critiques the deeper assumptions of modernity (such as unidirectional progress and power-ignoring truth claims). It most closely resonates with the interests of people involved in the diverse and emerging intellectual project of ‘transmodernism’. Typically, adherents critique modernity from an anti-imperialism standpoint, lament the absence of a coherent political project arising from postmodernism, and encourage a mixing of ideas and approaches from different cultures, including premodern ones.

I do not think that a neat guide to what is a way of thinking and being that is the opposite to the damaging ideology of e-s-c-a-p-e will be very useful in isolation. Rather, processes of learning and unlearning, particularly through group gatherings, will be key to how people sustain each other in a process of change. However, I am curious to see if a simple guide like c-o-s-m-o-s might be a useful tool in the design and hosting of processes in future.

Compassion, in this context, involves sensing that “I feel an active responsibility for any of my contribution to your suffering, without expecting to feel right, better, or worse.”

Openness wishes “I will keep returning to be curious about as much as I can, however unnerving.”

Serenity involves allowing the feeling that “I appreciate the dignity of you, myself and all life, however disturbing situations might seem.”

Mutuality involves remembering “as this world has produced me and societies have shaped me, I will question all my understandings and ways of relating with others.”

Oneness awareness involves sensing “what is important is how I live more lovingly right here and now, without needing to believe that I matter or am improving.”

Solidarity involves acting from the part of you that knows “our common sadness and frustration arises from our mutual love for all life and motivates us towards fairness, justice and healing.”