To receive a copy of this newsletter every 3 months in your inbox, subscribe here.

Although lockdowns have warped my sense of time, and perhaps yours too, it is actually more than 3 months since the last Deep Adaptation Quarterly. There was a hiatus, as I focused on new work after leaving the Deep Adaptation Forum at the end of September, and the Forum team re-organised for their post-Jem era. It has been great to see volunteers step up to now join the small Core Team of organisers, with Kat Soares becoming the new coordinator of the Forum. She is in a team of 4 freelancers working part time to coordinate over a hundred volunteers around the world to support people with finding meaningful ways of living creatively from their collapse anticipation. As they need to cover their basic costs, it would be useful if you can chip in now, as any donations given to them by the end of March will be matched by a donor.

END_OF_DOCUMENT_TOKEN_TO_BE_REPLACED

There has been a news report from climate scientists working in the Arctic right now, about their observation of the release of methane gas from frozen deposits on the sea floor. That is a process which, if confirmed as true, is likely to continue and worsen, and lead to rapid heating of the atmosphere at rates not seen since pre-historic mass extinction events. Which, if confirmed as true, means the collapse of societies will occur sooner and harsher than I, and many others, have anticipated. It would also mean we might be struggling to survive as a species in the decades ahead.

Truly, this is a harrowing situation and piece of news. If true, it means we could reconsider everything in our lives, like some people do when they receive a terminal diagnosis. If not necessarily true, or not necessarily as bad as some scientists conclude, it nevertheless means we can consider what if it is true, a bit like when people are awaiting results from a scan or biopsy.

END_OF_DOCUMENT_TOKEN_TO_BE_REPLACED

As we experience increasing disruptions to our lives, with the risk of more to come, more of us are wondering how to turn things around.

There is one question I often hear asked:

“Where have all the good leaders gone?”

I have come to understand that could be the worst question for us to ask.

I mean it is unhelpful if the aim of our conversations is to determine new ways to help our friends, colleagues, and fellow citizens to address the many challenges that humanity faces today.

Because within the question itself is an assumption that does not help us to act together for significant change.

The assumption is that what is most important to positive or negative outcomes is the competence and character of the individual at the top of a hierarchy, rather than other factors. Yet those other factors are many and significant, such as the ability of people at all levels of community, society and organisation to be willing and able to learn and act for common cause. So a focus on the individual leader dumbs down our conversations about why there is so much suffering and risk in the world. It also means we don’t look at ourselves and what we might do or not do in future.

END_OF_DOCUMENT_TOKEN_TO_BE_REPLACED

Every three months, we summarise new activities and resources in the field of Deep Adaptation. (subscribe here). Scroll down for forthcoming events, useful videos, and news on new initiatives within the Deep Adaptation Forum.

“There is a secret medicine given only to those who hurt so hard they can’t hope. The hopers would feel slighted if they knew.” ~ Rumi

As collapse anticipation grows slowly but surely around the world, so people can react in broadly two different ways. We can seek to preserve our current way of life, status, identity and kin, or we can go on a deeper journey to reconsider our life and what matters. The former path involves the kind of ‘prepping’ that gets the news media attention, with bunkers, guns, gold and such like. It will probably lead to support for authoritarianism and some risky geoengineering efforts. The latter path is far more complex, diverse, and unpredictable. It doesn’t avoid despair, while being more open on what to keep, let go of, bring back or reconcile with. That is the path of many paths that a growing number of people are now walking, with some of us describing it as our ‘deep adaptation’ to anticipated or experienced societal breakdown. The Forum I helped launch last year enables people to come together for the journey on that second ‘path of paths.’ With a small team of coordinators, limited but sufficient financing, and over 100 volunteers, now is a good time for me to step back from daily involvement. Because it is important that ‘collapse anticipation’ is not seen as being about somebody in particular. Rather, it is a reasonable and important aspect of being an informed human in the 21st century. The brilliant ideas that emerged from the Strategy Options Dialogue shows us that the Deep Adaptation (DA) community and movement will generate a range of ideas and initiatives over time. I will support the community and movement by providing advice from the Holding Group, and offering learning via courses and retreats. One of my courses on leadership is offered online this November by the University of Cumbria and gives DA volunteers a discount.

END_OF_DOCUMENT_TOKEN_TO_BE_REPLACED 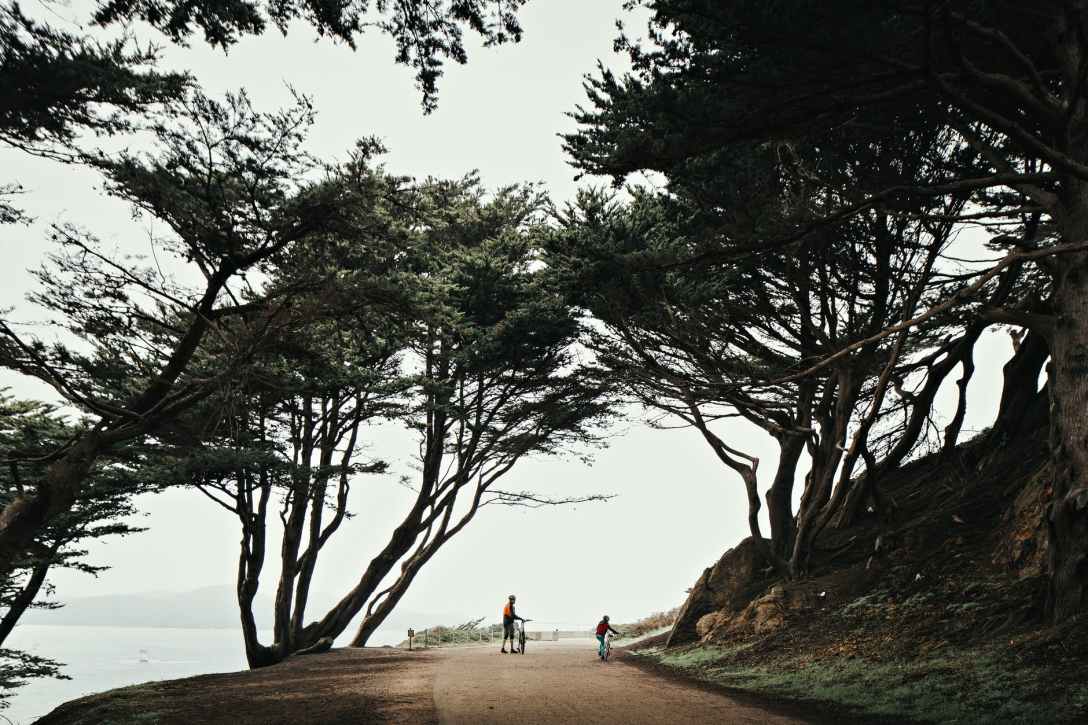 In July there was an essay published by critics of Deep Adaptation, which was then republished and promoted by some communicators on the environment and climate change.

That criticism led to some responses. In the Ecologist, Transition Towns cofounder explained how Deep Adaptation is not based on faulty science. In Open Democracy a group of scholars in ‘collapsology’ explained how Deep Adaptation is an important new field of research and action. Other writers chipped in, such as Richard Heinberg in Resilience. One of the world’s leading climate scientists, Professor Peter Wadhams, responded in forthright terms in an interview where he condemned as unscholarly the approach of the authors and the people who helped and promoted their work.

END_OF_DOCUMENT_TOKEN_TO_BE_REPLACED

Thank goodness for the honesty of children and youth. In the Madrid summit on climate, Greta Thunberg said, that from an emissions perspective “we have achieved nothing”. All of us who have been trying to promote change on climate change, are finding that, if we are honest, at a cumulative level, our efforts amount to little. Therefore, increasingly frustrated and anxious activists are discussing what approaches might work better in achieving significant reductions in atmospheric carbon. As I have a background in analysing and advising on social change, as a scholar, activist and consultant, and been involved in recent climate activism, I wish to offer some thoughts on those discussions about “what activism next”?
END_OF_DOCUMENT_TOKEN_TO_BE_REPLACED

In announcing the theme for Davos 2020, the Executive Chairman at the World Economic Forum (WEF) explained that: “People are revolting against the economic ‘elites’ they believe have betrayed them…”

In case you didn’t realise, Professor Klaus Schwab, was not welcoming the news. He was not celebrating the uprising of people calling for a different economic system in the face of a climate and ecological crisis driven by the industrial consumer society. Instead, he was warning the delegates to Davos of the threat to the system that sustains their privilege. END_OF_DOCUMENT_TOKEN_TO_BE_REPLACED

Last year an Extinction Rebellion handbook called “This is Not a Drill” was published by Penguin, featuring a chapter I wrote on Deep Adaptation, called “Doom and Bloom”. It has some important chapters, and you can order it here. My chapter was edited for length, and so here is the original submitted version. I release it on my blog to encourage discussions about climate activist movements, such as XR, FridaysForFuture and Sunrise, making adaptation to unfolding climate chaos a complementary focus to net carbon neutrality. Even top government advisors recognise that scale of government action on humanitarian relief, food security, disaster risk reduction, psychological support, and economic transformation, is insufficient to help us all adapt to the unfolding damage from extreme weather and its knock-on effects on our economic systems. END_OF_DOCUMENT_TOKEN_TO_BE_REPLACED

“The global wave of school strikes for the climate over the past year has ‘achieved nothing’ because greenhouse gas emissions have continued to rise, Greta Thunberg has told activists at UN climate talks in Madrid… she said that although schoolchildren had been striking around the world, this “has not translated into action” from governments… [Greta continued..] ‘We can’t go on like this; it is not sustainable that children skip school and we don’t want to continue – we would love some action from the people in power.'” The Guardian, Dec 6th 2019.

As emissions rise, impacts worsen, governments dither, and the science darkens the horizon for humanity, what is next for the FridaysForFuture movement of school strikers? What is next for young people in general? For anyone concerned about the climate emergency, this seems like one of the most important questions. END_OF_DOCUMENT_TOKEN_TO_BE_REPLACED

This article originally appeared on Extinction Rebellion’s blog on March 20th 2019 and republished here for ease of access.

What would a sane society do, knowing that one of its luxury food supplies was being exhausted? Consume less perhaps? Or grow more? Japan, knowing that the Bluefin tuna is going extinct, does neither. Bluefish tuna make the most profit for fishermen the nearer they are to extinction, as their rarity endows all the more status on their consumers.

Some might think that is a quirky Japanese behaviour or an anomaly of economics, but actually the free-market system in which individuals compete for profit is resplendent with such stupidities. END_OF_DOCUMENT_TOKEN_TO_BE_REPLACED